This was the Books Light the Way book club pick of the month for May 2016. 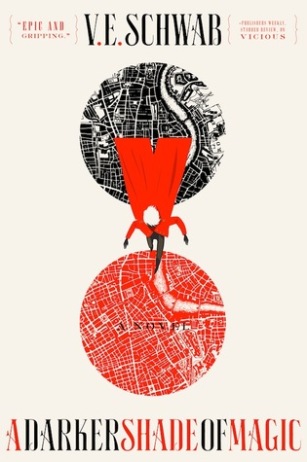 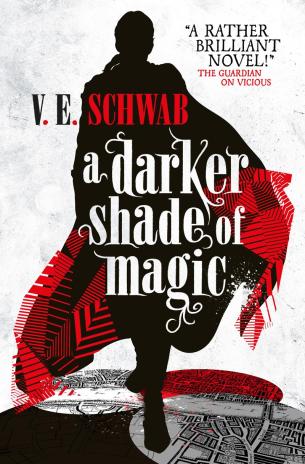 This book follows two main characters: Kell and Lila. Kell is one of the last magicals with the power to travel between worlds: Grey, Red and White. Lila is a thief who lives in Grey London (the parallel to Kell’s Red London).The doors between the Grey, Red and White are locked to all but those with the power of travel; this causes some resentment among the worlds which escalates in this book when the boundaries of these worlds are brought closer together… 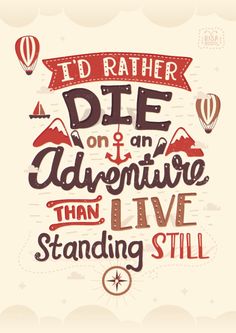 Overall… I think it was a solid start to the high fantasy series that I feel could almost be a stand alone. V E Schwab managed to tie up many loose ends and I’m excited to see where she takes the series in A Gathering of Shadows (BOOK 2).

So without further ado…lets get into my wrap-up!

The one and only book I managed to complete was Cinder by Marissa Meyer #1 book in the Lunar Chronicles Series – a series I hope to continue over the summer. Conclusion: March not a good reading month hence I didn’t do a March Wrap-up. 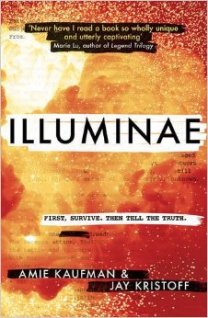 The 1st book I managed to complete was Illuminae by Amie Kaufman and Jay Kristoff. This book blew me and I can’t wait for the 2nd book that comes out in October: Gemina. Overall 5/5 stars – check out my review for a more in depth analysis.

The 2nd book I completed was Ruby Red #1 book of the Ruby Red Trilogy. I thoroughly enjoyed it and gave it a 4/5 star 🙂 There is no review up yet because I decided to give a full trilogy group review rather than a singular one & this will give me a chance to collaborate my thoughts on the films 😀

Well… that was my wrap-up. I didn’t complete that many books which is disappointing but I was more concerned with my studies than reading unfortunately. Thanks for reading 😀 – btw about The Book Thief I am still slowly reading (I have to be in a specific mood to read it)

Hey all 😀 well Illuminae by Amie Kaufman and Jay Kristoff was my book club’s book of the month. None of us had read this book and we wanted to see what they hype was all about 🙂

So firstly: this book had been getting a lot of hype and its hype well deserved!

Second: the cover and the art style of the book was phenominal!

Third: Lets get into the Review!

Rating: 5/5 stars (I would give beyond that if possible!)

This book is centered around a young couple who broke up on the day their planet was attacked. They are both rescued from the destruction but are on two different ships. The story recounts their experiences on the seperate ships. – I know my summary is vague but I believe you should go into the story partly blind 🙂 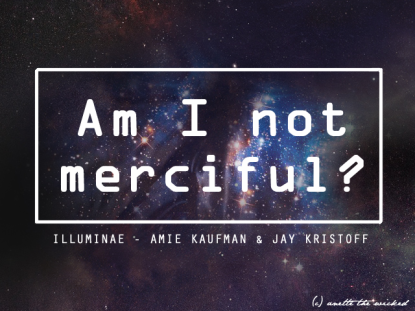 4. Plot – I felt the plot was very well developed. To be honest it completely played with my emotions! there were moments I was on the brink of tears or deliriously happy or feeling faint.

5. Writing – This is largly based upon the format of the book which is very unique. I think it was a different writing style that I really enjoyed that gave me a break from just plain text like normal novels. Also, the style of the book meant that I breezed through the book very quickly.

Overall…This was a wonderful start to a series that I am eagerly anticipating the next release in October (If there were one ARC I would die for this year it would be Gemina 😀 or maybe Empire of Storms by Sarah J Maas :D)

[Quick Statement before the review: SO SORRY about no posts but unfortunately my university coursework has drained my energy and enthusiasm for reading hence I didn’t get much reading done in March (Hence no wrap up and TBR the same as for March)]

Ok now onto the review:

This is an adaptation of the well known fairytale Cinderella whereby she is a cyborg rather than a human girl. However, the society in general frowns upon cyborgs and robots. Linh Cinder (Cinderella) is one of the best mechanics in New Beijing; therefore Prince Kai 😉 commissions her to work on something for him.

Overall… I felt as if this was a solid start to the series that I really liked but haven’t yet grown into love. Which is why I hope Scarlet will help me feel more depth in my emotions for the series.

I know this post is getting out a bit late – sorry!

Currently I am reading Cinder by Marissa Meyer – if your following me on Goodreads you will know I am half way through it and really loving it! 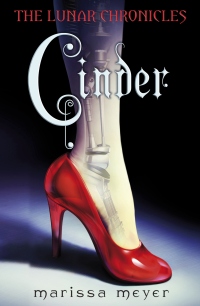 Also, I hope to continue The Book Thief by Markus Zusak on audiobook 😀 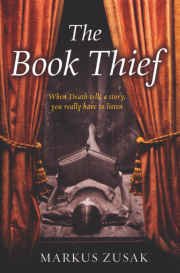 I hope you liked this post – feel free to let me know your March TBR!

As usual for this year: feburary was a bad reading month…

My primary focus was on finishing Pride and Prejudice and Zombies for the movie release. You can find a full review for this book on my blog at:

Also, I began the Book Thief by Markus Zusak: 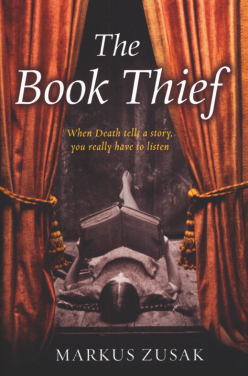 However, I was starting to get confused at the beginning which made me think the audiobook may work better for me. Therefore I purchased it in audiobook which I am currently listening to when I have time.

Thanks for taking time to read this 🙂

As the title suggests, I will be giving a review for both the book and film adaption of Pride and Prejudice and Zombies 🙂

Well then lets get right into the review, beginning with the book: 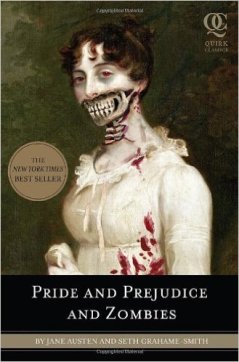 This is an adaptation of Jane Austen’s well known novel and later film adaptation Pride and Prejudice. It follows the protagonist Elizabeth Bennett and her desire to remain a warrior rather than a wife; in contrast to her mother’s and sister’s views on marriage as a necessity. Also, the story follows Mr Darcy and the development of his  relationship with Elizabeth which causes him to open himself up more emotionally. Overall, its a regency romance with bits of action incoorporated.

Overall… I really enjoyed the book and would recommend it as a read; the only reason I felt that this book didn’t deserve over 4 stars in rating was due to the massive amounts of description that I felt slowed the plot within the middle.

Now onto the movie review:

I absolutely loved the movie 😀

Usually, I absolutely loath any form of horror in movies (I get scared really easily (NO JUDGEMENT)); but this movie had a good range of horror, action, comedy and romance.

Well the zombies were absolutely terrifying for me; how they managed to appear in places and their bloody look. Overall, I salute their performance 😀

I really enjoyed how badass the girls were; which surprised the guys. From watching a few interviews about the film; the Bennett sisters had to go through a lot of training and needed to be co-ordinated with the zombie stunt teams. So basically: GO GIRL POWER 😀

In the film I give the sole credit to Matt Smith’s character Mr Collins; he brought such a light hearted atmosphere to what otherwise would have been quite overwhelming. Remembering the film now – one of my favourite scenes was at the ball when Mr Collins was dancing with Elizabeth; a scene like this stopped the action from overwhelming the film. So bravo Mr Collins 😀 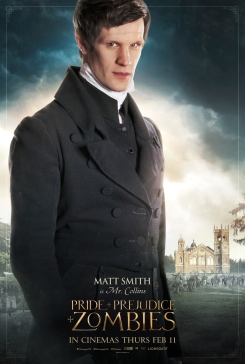 Sam Riley and Douglas Booth in Screen Gems’ PRIDE AND PREJUDICE AND ZOMBIES.

Overall, I really enjoyed the film and would highly recommend you watch it; even if you are unsure about reading the book 🙂

This month was a poor reading month unfortunately as I am settling back into university with a pile of assignments. Anyways as an update:

FIRST BOOK OF THE YEAR:

A re-read for me which I highly enjoyed for the fast pace and cool art- for the full review: https://fromparchmenttobooks.wordpress.com/2016/01/26/vampire-academy-a-graphic-novel/

I am currently reading Pride and Prejudice and Zombies by Jane Austen and Seth Grahame-Smith; I am on page 109 out of 307. For me this is a slow read, so far it has lacked action to keep the plot at it’s initial pace.

I have also read the 1st story of Doctor Who: Timelord Fairy Tales which I enjoyed immensely and can’t wait to read the remaining tales. 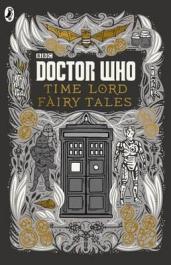 I have not started The White Rose or Snow Like Ashes; I think I will leave them for a later date to reduce my stress load. (Just saying I will get to them EVENTUALLY!)

If I manage to get my timings right for my current workload then I should be able to complete this TBR:

Finish Pride and Prejudice and Zombies and Doctor Who: Timelord Fairy Tales

To keep up with a undeliberate theme I will probably do a re-read of The Night World by L. J. Smith or Graceling by Kristin Cashore (or maybe both!):

Anyways thank you all for reading this quick post! Tell me about any books your reading currently or your going to read soon!

This is an adaptation of the original Vampire Academy novel by Richelle Mead. It follows Dhamphir (half-moroi(vampire) and half-human) Rose Hathaway and her best friend and moroi princess; Vasilissa (Lissa) Dragonmir. Initially Rose and Lissa are on the run from the academy but they are brought back to the academy soon into the book. It follows Lissa’s struggles in royal moroi society as the last Princess Dragonmir and Rose’s struggles to become Lissa’s guardian when they eventually graduate.

Before I get into the ACTUAL review, I wanted to point out that this was a re-read for me; unfortunately due to university coursework overload reading has become a backbencher therefore I wanted a quick and easy read. This book provided that as I managed to read it in 1 hour and 30 minuites roughly 😀

1. Setting – I enjoyed the visual art of the graphic novel that the settings enchanced our view of the characters. It was as if the pictures of the setting were created in order for us to focus on the character. Anyways the art is beautiful.

2. Pace – If you read my little note then you can tell that I read this book very quickly showing the pace was very quick – which made it a quick read when you have a little spare time.

3. Character Development – Although the graphic novel doesn’t stress the specific characteristics of characters such as Rose who is snarky and overconfident; the art is really good in how it presents the characters as an inference to their personalities e.g. postures and expressions.

4. Plot – I like how this graphic novel was able to condense a large part of the Vampire Academy novel whilst still maintaining Richelle Mead’s wonderful plot line.

5. Writing & Visual Style – I found the art to be very good; it was simplistic in its nature which I thought was good in not detracting from the storyline.

Overall, I found this to be a very good graphic novel and a nice introduction for me into the graphic novel world. I would recommend anyone who didn’t overly enjoy the Vampire Academy series to give this a try!

I wanted to talk about my goodreads reading goal which was 50 books. However I have recently changed that to 40. Although the change is not that big; I feel less pressure to read because my goal has been lowered. I thought it would be good to list my 3 key reasons why I changed my reading goal:

So these are my reasons for cutting back on my reading goal but who knows! During the holidays I may smash that reading goal or come under it.